Always for the children. Since 1994, a nonprofit I founded called Community Union, Inc., has inspired youth to build a better, safer future through technology. Whether it be in introducing the children in 1999 to what Y2K 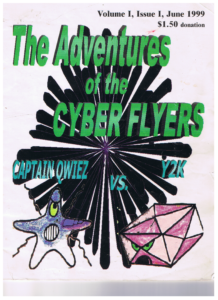 looked like, or training their parents on how to access key on-line resources to better guide them to academic excellence; or battling on the front-lines with our nations giant institutions like Charter Communications and the California Public Utilities Commission. Everything we did has always been with the strategy of offering children greater opportunity.

Our investment today, time- money- thought- love-, allow us to easily calculate prosperity predictions for the future. Meaning, what the quality of life will look like for us in the next 20 – 40 years is absolutely dependent on what our investment into our youth is today.

The movement/campaign that former President Obama calls unrealistic, belongs to no one candidate or group of elected officials. Rather, it belongs to all of us – that is, every single person who thinks billion dollar corporations paying $0 (ZERO) in federal income taxes is a major problem, a gigantic siren screaming that our tax system is broke in a big-time way.

The current U.S. tax system leaves anyone who is not a billionaire, especially middle and low income tax payers holding the bag. We literally are paying the taxes for our countries most wealthiest corporations. These guys (entities) who own half of this country’s wealth are being subsidized – written big gigantic corporate-welfare checks by a group of tax payers that represent in the hundredths (.001) of a percent the wealth they possess.

There is not a conscious person in America who can rationalize this is okay. We have been waiting for it to trickle-down for 35 years. Trickle-down is completely devoid of any factual evidence. It has NEVER happened, ever. It is a myth as great as the Greek god of wealth Plutus, that serves only to sell a lie, disempowering 90% of us.

So if you are not a billionaire, or even a millionaire for that matter, these movements/campaigns belong to you. They are yours. Whether you decide to execute your ownership rights is wholly dependent on you and you alone. Perhaps you decide to acquiesce to the rhetoric…it’s just the way things are. You have unwittingly taken ownership of a narrative, a system that is spiraling-downward our quality of life, access to opportunity and independence. The billionaires decry, pull yourself up from your bootstraps dammit, all the while kicking at our ankles ensuring we are forever off balance.

Most important we must resist putting a label, a title, on this different way of thinking. We cannot allow others to weaken our cause by mislabeling our work. We must fight to cut-off billionaire’s corporate-welfare checks. The moment is now. Allowing monopolies like Google, Amazon, AT&T, Comcast, and Bayer to exist is simply bad economic policy and serve as high-risk threats to our fiscal stability/prosperity and democracy.

Whether or not you accept the notion that a disruption is due or even necessary, it is coming. Either by us, or against us, it is overdue. Over-leveraged massive utilities like AT&T reaching junk bond rating status is a key indicator barely mentioned in the press. Yet AT&T is still able to borrow even more money, buying policy and policy makers. “Why not?,” say those on the billion-dollar-welfare-drip offered by the US Tax Payer. These highly leveraged institutions know, because there is precedence – the 2008 financial meltdown, that we are at their disposal to cover any and all financial atrocities caused by their recklessness. In this scenario we would do well to break-up AT&T, ASAP.  We will either lead in this disruption – in the name of the children or be led into further economic demise.

Amazon too (Ring, Whole Foods, Alexa, on-line purchases/deliveries) has successfully crawled so far up every crevice of our being we barely know where we end and they start.  Amazon’s sell point is convenience.  However we decided a long time ago, all the way back to the days of Teddy Roosevelt, that monopolies were simply bad economic policy.  It’s time to #BreakUpAmazon, because what appears to be convenience is really an uncalculated expense to us all.

The pendulum of control can move back into the interest of the majority through the movement/campaign. It is ours to have, not the billionaires. As one French economist puts it, “billionaires should be taxed out of existence.”