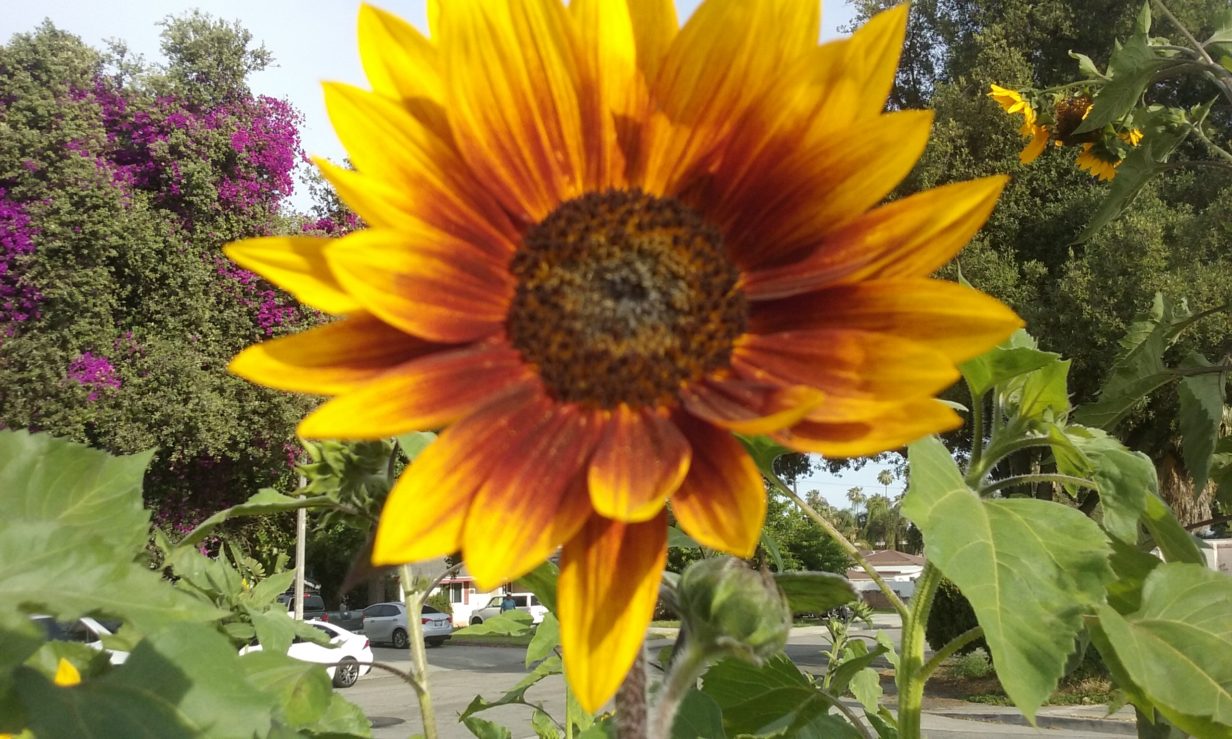 L.A. County Supervisor Hilda Solis, is one of the smartest and bravest persons I have ever met.  “Chicana power” she exclaimed 20 plus years ago to my young Latina daughters during a campaign gathering in her launch to unseat a long time democrat for Congress.  A year earlier she gave our young EEP (Educational Enhancement Program) technology graduates from the City of Baldwin Park a VIP tour of the state senate chambers in Sacramento.  I had the highest regard for then Congresswoman Solis.  In my naiveness I came to expect Wonder Woman accomplishments at unprecedented levels in the political spectrum from her.  She was a great woman with amazing integrity from my purview.  She took my calls and met with me in D.C. as her schedule allowed.  I had the highest admiration for her.  There was nothing this woman could not do, now Secretary of Labor under the Obama Administration.  And then came – one of her many – Labor statistic updates on national T.V.  America was in the midst of a financial meltdown that saw record unemployment, and it was Secretary Solis’ job to let America know what was happening on that front.-lines.

My jaw dropped to the floor listening to Secretary Solis reporting that things in America were improving; that less people were unemployed.  Albeit true as a matter of those filing for unemployment, it was – however, not the whole story.  There were millions of Americans who simply stopped looking for work and fell off the stat-sheet.  As I waited for Secretary Solis to clarify this point – it never happened.  The next time she was on national TV she repeated this half-truth to the American people.  I was confused.  Why was my friend Hilda, full of integrity, strength and courage, not telling the American people the real story…

Fast forward to 2020, Hilda is now on the front-lines endorsing a person for the President of the United States, who is arguably suffering from dementia.  She, one of the strongest, smartest and bravest persons in America I knew – was endorsing a man who is the architect of a system that has millions of black and brown men in prison; a man who wonders off screen in the middle of a talk with the American people; a man who is likely to get slaughtered in November by a former reality show host.  How is this possible?

It was November 2008, election night.  I was at the Grand Hotel in downtown Los Angeles, located at 7th and Figueroa.  My dear friend Wendy Gladney was having an election night celebration.  Many of the heavies from the Black community were present.  I voted for Obama, but deep down inside I knew for certain that the “powers that be” would not let a black man become President of the United States.  There was no way “they” would let that happen.  When Obama won that night, I literally began to cry.  Tears of joy streamed down my face – in disbelief – I saw change of epic proportions that were about to commence.  The crowd was ecstatic at this event, dancing – celebrating – one of the most memorable times of my life.

With Obama in the White House and the Senate and House in Democratic control, there was nothing that was out of reach as it related to reforming America.  All the playing fields, economic, education, health – were to be leveled.  We (me, you and Obama) were on our way to “kicking the rascals” out of D.C., and a new beginning would commence – so we all thought.  Then it happened…ABSOLUTE NOTHINGNESS.

Wall Street executives did not go to jail; derivative market trading on Wall Street was not halted; banks made more profit than they had ever made before in 30 years and monopolies (mega-mergers) moved to it’s quickest pace of our generation.  Larry Summers (rascal-in-chief), one of the architects of the meltdown was appointed Obama’s chief economic advisor –  and WHOOPS, what the heck just happened?!?  America had actually been duped.  But like one of my favorite homies (Mark Reyna) in the whole wide world says “don’t hate the player – hate the game.”  Obama was merely playing the game that actually was started by another person, a decade earlier.

There were a few times while reading Bill Clinton’s My Life book, it brought me to tears of profound gratitude for this man.  What a great person this guy was, and everything he did – said he did – in his book.  Fast forward to today and my understanding of the policies Bill Clinton put into play actually started the economic meltdown of 2008.  Clinton’s biggest failure – and he had many – in my opinion, was the smashing of the Glass-Steagall Act which allowed banks to enter the securities markets with your money – deposits; banks were now allowed to make risky bets on nothingness, no collateral, no credit – NO INTEGRITY.  You can pick-up almost any book that wrote about it during that time, and it explains quite clearly that regulators, markets, banks and credit rating companies were all in on the 2008 meltdown.  My favorite is by author Dylan Ratigan, Greedy Bastards. Clinton’s book now sits next to my fireplace, rather than in my library.  Next time it gets cold, I intend to use the pages as a fire starter for the old weeping willow logs my son-in-law helped me cut down last year.

Kevin De Leon is arguably one of the most powerful politicians in the country today.  His last battle gave Senator Feinstein a bit of a scare, no doubt, but I imagine most of those backing Feinstein saw no reason to jump ship if Kevin was actually promising to do the exact same thing their current lackey was already doing.  Being the astute politician that Kevin is, he wiped-out his competition by raising a whopping $800,000 for a local  city council seat in Los Angeles’ 14th District.  The other candidates in this past election cycle for L.A.’s 14th District raised lass than $50,000.  Of course, they were no match fund raising-wise against Kevin.  Councilman-elect’s political purse represented an amount of money so great that many of those he represents in the 14th District may not ever see it in their lifetime of earnings.  And, oh the favors tied to this big purse…will someday have to be repaid – at the expense most likely of those whose interests he promised to defend and represent.

Los Angeles City Councilman-elect De Leon has already given us a little preview of how all this is going to go down once he takes office.  For the folks living near La Casa del Mexicano in Boyle Heights – who in their lifetime of earnings will never see $800,000.  Brenda Martinez, leader of the group Boyle Heights Residents and Farmers Against 5G Radiation, has asked Kevin to step-in and stop the building of a dangerous, poisonous – cell tower that will be within 20 feet of three small children, and promises to radiate an entire neighborhood with radio frequency waves 24 hours a day, 7 days a week, 365 days a year.  Studies show one of these small children will get cancer, the statistics and professional opinions of over 200 doctors and scientist from across the globe say so and are clear – 5G radiation is harmful to all living things.

Brenda has told me that Kevin said he would do whatever he could to stop the building of this cell tower in their neighborhood.  To date, Kevin has done a lot of blah, blah, blah, but has not used his massive influence to stop what is surely to severely harm small children in Boyle Heights. Y pa-que? $800,000, the price of small children’s lives in ‘hood.

Red-lining, and no I am not talking about the train from L.A. Union Station to Hollywood.  Red-lining, as defined by Webster’s Dictionary:

a policy of many  financial institutions of refusing to lend money on properties in certain areas, esp. those with a predominantly black and/or His-panic population.  Our most recent exposure to red-lining in the digital age was exposed by the Covid-19 forcing distance learning on children throughout California.  USC’s Dr. Hernan Galperin from a study he did on distance learning shows how El Monte, Pomona, East and South L.A. were exacted into the the Digital Divide – by Design.  It’s sick.  It’s disgusting.  And most likely one of the greatest civil rights violations of our times.   Children and their parents were denied opportunity at academic, economic, health and information resource levels because – the argument by Internet Providers – they were just too damn poor.  Couldn’t afford the price-fixing schemes exacted on more affluent communities and therefore were simply left out.  The thing is – “our leaders,” Bill, Barak, Hilda and Kevin knew about this, but because of the game and how it is played – did nothing about it.  Black and brown kids and their families got digitally red-lined by Verizon, AT&T, Time Warner, Spectrum, et al.

Phone Companies and Internet providers – in the name of greater profits – failed their contractual obligations with regulators (California Public Utilities Commission and the Federal Communications Commission) and the American consumer.  By not connecting households across America with fiber-optics and instead rolling-out inferior wireless – surveillance and data tracking technology, the U.S. now finds itself 28th in the world compared to other developed nations regarding fiber-optic connectivity.

The concentration of power and wealth that has come about with mega-mergers among the telecommunications industry over the last decade has gotten so ungodly sick, in California, Verizon and AT&T don’t even have to report if their pricing is fair and reasonable as required by law; that billions of dollars have been collected from landline customers with minimal delivery on fiber-optics; that not only are the “tails wagging the dog”, but laws that will not allow health considerations as to the negative effects on small children cannot even be discussed in stopping dangerous cell towers and antennas.

On June 12th we pulled a Zoom Call together with Mayor Sandoval from the City of Pomona, City Councilman Velasco from the City of El Monte, Brenda from the No 5G Movement, Eloisa, parent leader from East L.A., Araceli, parents leader from Cypress Park, and Mark Dutton from Tujunga NO 5G movement.  Educating our leadership was identified as top priority – in the name of safety, opportunity and a return to normalcy by breaking-up the non-tax-paying giant corporations.